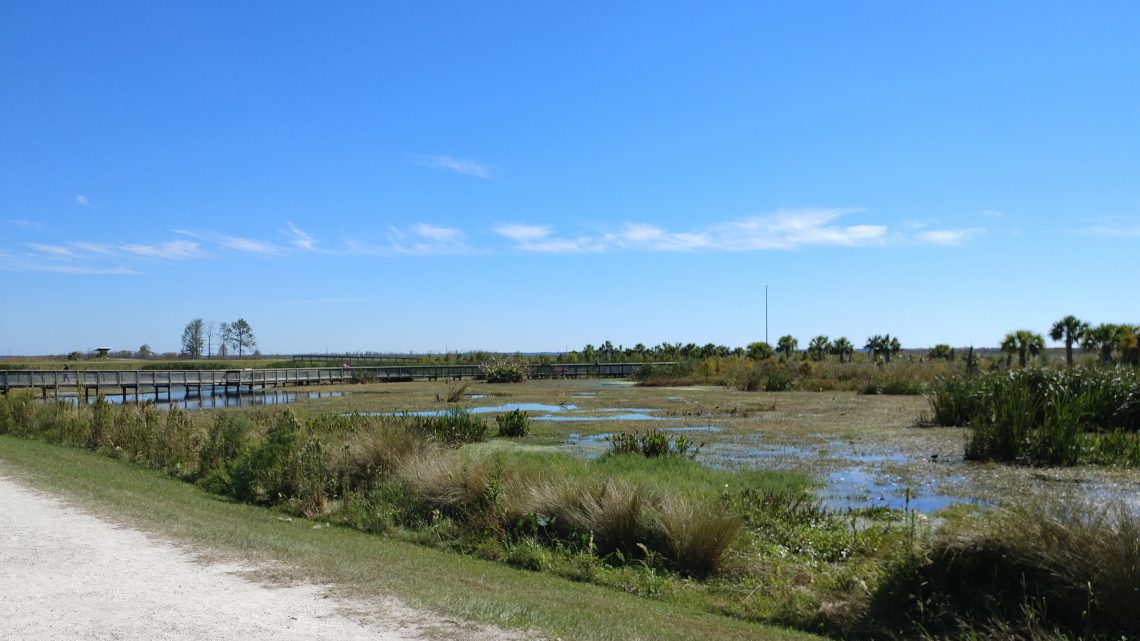 Sweetwater Wetlands Park offers a unique way to experience nature in Gainesville, FL, but is also important to the health of Florida’s water and other ecosystems.

The park was created in 2015 to improve the water quality of wetlands in Paynes Prairie and the Floridan Aquifer. It consists of more than 125 acres of wetlands and ponds and 3.5 miles of crushed gravel hiking paths and boardwalks.

This manmade ecosystem is now abundant with native Florida plants and animals, including birds, butterflies, alligators and Florida cracker horses.

The main thing to do in this park is walk around the trails and admire the wildlife. Most of the trails are out in the open without shade. Be sure to wear sunscreen and bring a hat and/or sunglasses.

The crushed gravel paths can be bumpy and a little rough on feet so be sure to wear sturdy shoes. You can also stay off to the sides of the path in the grassy areas, but there is still some gravel even there. And be sure to keep your distance from any sunning alligators!

Take in the lush landscape from the trails, boardwalks and viewing platforms and learn about the habitat through educational signs and tours. You can also write down any animals you see throughout the day on the Wildlife Sightings board at the park entrance.

The purpose of the park is to filter out pollution and excess nutrients from Sweetwater Branch Creek before it empties into Paynes Prairie and the aquifer. Three major environmental benefits are:

1. Restoring the natural water flow to more than 1,300 acres of formerly drained wetlands in Paynes Prairie.

2. Protecting and improving water quality in the Alachua Sink and the Floridan aquifer.

In the late 1600s Paynes Prairie was the home of La Chua, the largest cattle ranch in Spanish Florida. Two hundred years later, Seminole Indians occupied the area. The prairie was named after Chief King Payne.
After defeat in the Second Seminole War, the Seminoles left the praire.

In the late 1800s, heavy rain flooded the prairie. The prairie became known as Alachua Lake. Steam-powered boats traveled across it to transport lumber, goods and passengers. The lake drained in the 1890s and once again became a marsh.

Ranchers in the 1930s created a ditch to drain part of Paynes Prairie to expand grazing areas. This connected Sweetwater Branch directly to Alachua Sink, a small lake in the prairie, which connects to the Floridan Aquifer. This caused dehydration of more than 1,300 acres of prairie wetlands.

In the following decades, urban runoff and wastewater harmed the Alachua Sink. It became filled with an excess of nitrogen and was put on a list of impaired bodies of water.

In 2009, the Paynes Prairie Sheetflow Restoration Project began as a way to reduce pollution to Alachua Sink by restoring the prairie’s natural sheetflow and creating a wetland habitat. The final goal was to create an environmentally friendly park, filled with plants and animals, that allows people to connect with and learn about nature. Gainesville Regional Utilities and the City of Gainesville Department of Public Works completed the wetlands in 2015. 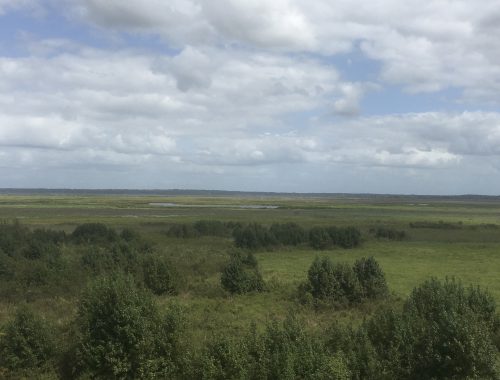 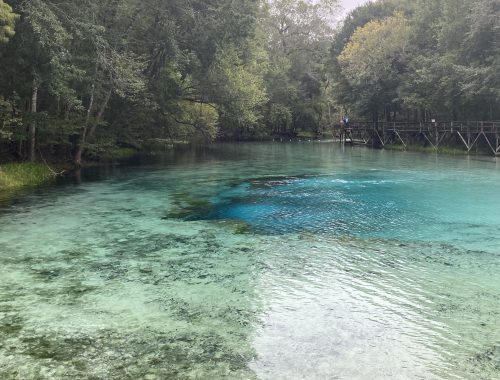 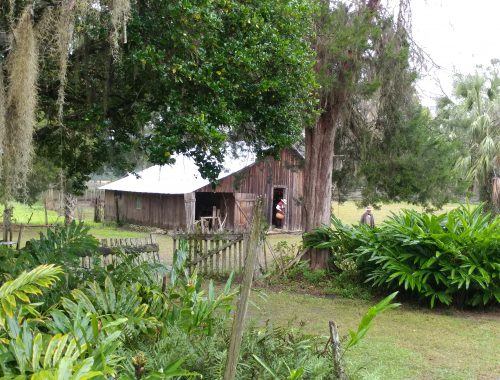 Step Back in Time at Dudley Farm Historic State Park

I think this might be one of the most spectacular

In case you still need to burn off all those Thank

My post all about Silver Springs State Park is up

Happy Thursday, and I hope you’re enjoying this

Silver Springs is considered to be the oldest oper

This state park is just south of the Ocala Nationa